Devyani Khobragade: A life in privilege, corruption and feudalism

Devyani Khobragade is a poster child for everything that is wrong with India's quota based reservation system, a feudal and corrupt bureaucracy and a society that is at large still mired in a feudal outlook.

The Khobragade mess is a teachable moment for all, including the US. It is time the US took a hard look at what passes for its 'arrest procedures'. Modern imaging equipment provides enough clues without resorting to a humiliating strip search or an even more denigrating cavity search (the latter was not done to Devyani). Let alone Devyani, anybody who is found innocent later in trial, would have lived through an emotionally scarring experience. This does not behoove a great country.

Those outside the US need to learn that, for every incident they google and dredge up to show leniency by US law, there are ten more that show the impartial nature of US law. Sitting President Bill Clinton had to answer highly invasive questions regarding 'peculiarities' concerning his private parts during the Paula Jones trial. Senators, rock stars, governors, congressmen, film stars have all felt the sharp end of law in US. This is true of most Western countries. Bestselling author and MP Jeffrey Archer underwent imprisonment in UK. More often than not the common Western citizen loves to see justice being delivered to the high and mighty. Many had pointed to the incident in Kenya when a US diplomat caused a car accident killing a man and was later evacuated with no punishment. Check the comments by Americans under those articles. Almost everyone had commented that this was unfair and the man should stand trial.

US has lot of idiosyncrasies in implementing the law. US attorneys and judges have lot of latitude. There is constant discussion in US over frivolous lawsuits, extortion, harassment by overzealous prosecutors, extremely punitive punishments over trivial offenses and of course race as a factor. No country is free of any blemish. The US has its warts in the justice system. An overzealous attorney accused a group of Duke university students of having raped a black stripper. The entire case fell apart later. And, yes the same happened to the French diplomat too. All that said the US justice system, especially compared to India, delivers for most. Conservative commentator George Will wrote a blistering column on how prosecutors coerce drug offenders to plead guilty (see references). Also when a US attorney general decides to prosecute a case not even the President can stop him/her.

Lot of Indians reacted with disgust against Khobragade but demurred about the strip search. What pained me most was how many reacted indignantly with questions like "is the US holy?", "is the maid a CIA agent?" and the worst being "the maid was given lodging and food. Does she need American wages above that?"

Who is Khobragade? Daughter of an IAS officer she grew up in the lap of luxury and, as her father himself stated, never faced any discrimination on account of her being Dalit. To be blunt she only reaped the benefits of being a Dalit just like K.R.Narayanan's daughter did. India's perverted reservation system (not to be confused with the lesser oppressive American style affirmative action) considers Khobragade as eligible for education and job opportunities on account of her caste. Reports say she owns 11 properties including a flat in the scam tainted Aadarsh flats. Asked why she did not declare prior government allotted home her father indignantly replied that it was not their duty to do so. 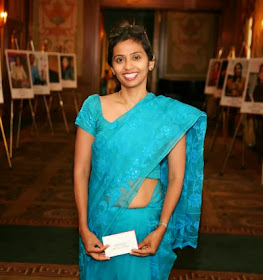 It is disgusting to see her fellow bureaucrats rush to her defense with op-eds in Indian and international papers. One bureaucrat said that it is a fact that that all consular officials lied in their visa papers about salaries to the domestic help and he proceeded to ask with anger "by approving such visa is not the US complicit". Another diplomat wrote that now every domestic help will feel emboldened to complain to US authorities just to get a green card and pursue 'dollar dreams'. Yet another diplomat, Prabhu Dayal, who was formerly accused of ill treating his maid in the same consulate took to an oped to rehash his case and cast aspersions on the maid.

I was extremely pained to see questions asking why does a maid need $9 just because she is working in NYC since her lodging and meals were taken care of. Why does Khobragade or any Indian diplomat need US salaries? After all, they too live in the same consulate. This feigned outrage in India against the treatment meted to Devyani is nothing but the preening middle class asking "how dare a maid take one of our own to court and have her arrested". This is nothing to do with protecting India's honor. Rather it is bourgeoise India reacting with feudal impulses against a maid. There have been other instances when Indians have been arrested, sometimes wrongly too, and not a single squeak was heard from India.

Many seem to ignore that Devyani used every lever of power to crush the maid. As any middle class employer of India would do Devyani too registered a case of theft against the maid, in India, not in NYC where the purported theft took place. An Indian court gagged the maid from pursuing a legal option in US where the grievance, underpayment, was taking place. Above all, the maid's 'official passport', not Indian passport, was cancelled and a non-bailable arrest warrant issued against her. Non-bailable warrant. For what? And a case was registered against the maid's husband too? For what.  I am beyond myself for any iota of sympathy for Devyani or the purported outrage to her modesty. Devyani met her match in Preet Bharara. If Bharara did not exist Devyani, in Bollywood film style, would have stamped into the ground the maid and her family. This is not empty conjecture. It is what Devyani set out to do.

A pompous Yale graduate, liberal and leftist, Suchitra Vijayan penned a column for Rediff bemoaning that Devyani's great work on behalf of the downtrodden is now tarnished. Suchitra says that Devyani, 'a doctor, Dalit and a woman in a male dominated career' will not do just 'lip service' but does 'things that are important'. Yet this Ivy League graduate could not point to a single original idea or project of Devyani beyond empty, inane, platitudes like 'paying forward' and 'creating opportunities'.

That India is ruled by the bureaucrats is evident in this mess. The bureaucracy has closed ranks and is shamelessly trying to protect one of their own. They are even brazen about the fact that they are entitled to 'domestic help' though clearly they cannot afford one in a country where most people, including citizens, do not need a 'domestic help'. The suggested remedies by all these bureaucrats include every idea under the sun except paying appropriately or better still doing away with this colonial era entitlement.

We can trust these officials to come up with ideas that adhere to the law but are void of any scruples or morals. An idea floated suggests that the Indian government, not the official, sign the contracts with the maids thereby presenting a conundrum to any overzealous US attorney over arresting a country or a nonentity like the government. India's GDP is $2 Trillion and Indians love to boast of their possible status of overtaking GDP and yet they want to pay a maid $3 per hour. Shame.

The barrage of op-eds and manufactured outrage on behalf of the perpetrator only shows that the voiceless continue to be voiceless in India. How many Indian papers and TV channels interviewed those who are being sent abroad as 'domestic help'? The foreign minister asks with barely controlled rage that the worst that Devyani can be accused of is underpaying and if so does that is it a big deal. Khurshid was not seen with so much anger when Muslims were butchered in Muzarfarpur. And yes, in some parts of the world, not paying an employee properly is considered criminal.

I've been asked if my interest and anger on this issue is because it gives me yet another chance to scold India. Absolutely no. When I first heard the news I ignored it as yet another Indian trying to act Indian in USA. But then it erupted like Vesuvius. Many, many times I've seen indigent Indian employees in restaurants shyly say "sir please give the tips as cash. If you put it on card it does not come to us". Indians are loathe to tip after eating for $100 so I've seen waiters ask "sir please don't forget a tip". At some places waiters cheerlessly say "we don't get any part of the tip". I've been through the H1B grinding mill. I know personally how Indian employers cheat. Paying an employee on time, paying fairly, treating an employee with respect etc are completely alien to most, not all, Indians.

One day a plumber came to my home to do some repair work. He walked around the home, sat comfortably on the sofa, complimented my daughter and talked to me as an equal human being. I thought would an Indian plumber do the same in India? In India it is common for a small child to call an aged domestic help disrespectfully by name and in singular. Children are employed to babysit children.

Many Indians hated the movie Slumdog Millionaire. Time magazine elicited a response from a middle class car driving girl and a rickshaw driver. The girl was irritated about the movie saying "this is what I see everyday should I see it in the theater too". The rickshaw man said "at last a movie that speaks of people like us". Indians were less livid about the fact that children are maimed and forced into beggary than about a cinematic exaggeration of a child jumping into a pit of excreta.

It is the middle class that is fueling the rise of Narendra Modi. Everyone breathlessly speaks of how factories are opened in Gujarat, how roads are laid pronto, how permits can be got easily but I've not heard a single Modi supporter speak of why Gujarat's primary education lags or why no big universities or research centers or primary health centers or state of the art hospitals were opened. Those do not matter to the middle class who have convents and nursing homes to go to.

Supporters of reservation system would have been livid at my calling Devyani as poster child for everything thats wrong with the system. Consider this. The maid's child and Devyani's child are entitled to the same quota. Guess who has a higher chances of enjoying the fruits of the quota? Convent education, US school going Devyani child or a maid's child? Reservation system undoubtedly helped a few generations but it has become a behemoth today that is hogged by the aptly labeled 'creamy layer'. Today's Hindu carries an article about how schools meant for Adi-Dravida children are dilapidated, to put it mildly, lack teachers, lack classrooms and function in something that resembles a building where even dogs would think twice before resting on a hot day. Politicians use reservation system as a soft option to lure vote banks while ignoring the more vital concrete steps.

There are many lessons to be learnt for all. India and Indians need the most learning to do. I hope they spare a moment to learn.

3. Entreprenur's 'Letter to an Indian nanny in New York' http://www.indianexpress.com/news/letter-to-an-indian-nanny-in-new-york/1210913/0?SocialMedia

6. Over 50% of Adi-Dravida schools lack basic facilities - The Hindu http://www.thehindu.com/news/national/tamil-nadu/over-50-of-adi-dravidar-schools-lack-basic-facilities/article5500422.ece?homepage=true