There’s been some backlash in the last few days against the idea that either Tunisia or Egypt were brought on by Twitter or a “Facebook Revolution.” And certainly, it takes a lot more than the 21st century version of a communication system to persuade people to take to the streets and risk harm, imprisonment, or death.

But that doesn’t mean social media didn’t play a role. It did. Given the magnitude of grievances in each country, revolt would almost certainly have come eventually. But social media simply made it come faster. It did so by playing a role in three main dynamics:

Before Egypt shut off the Internet and mobile phones, before it even started blocking Twitter and Facebook, those tools were used to coordinate and spread the word about the demonstrations that were scheduled for January 25. Without these mass organizing tools, it’s likely that fewer people would have known about the protests, or summoned the kind of courage that’s made possible by knowing you’re not the only one sticking your neck out. Without them, fewer people might have shown up, and the Egyptian authorities might have more easily dispatched them. Chances are, we'd be waking up to today with last Tuesday’s skirmishes nothing more than a fading headline from a week long gone.

In situations of chaos, the upper hand goes to the group that can shape a narrative and get it to stick. History is written by the victors, after all--now, even in real time. When looting began over the weekend, the narrative could easily have shifted in favor of the government: Hooligans were turning the city upside down. Order needed to be restored. Clamp down.

But word started getting out via Twitter that hastily arranged neighborhood watch groups were apprehending looters who, it turned out, had police IDs on them. This might or might not have been true--it wasn’t possible to confirm the statements--but it certainly shed a different light on the looting. Certainly, other regimes have been known to hire young men to go out and toss a city, to make it look like protesters have turned ugly, giving them an excuse to clamp down.

But the tweets belied that narrative. And indeed, on Saturday, a New York-based Egyptian blogger interviewed by CNN, suggested as much. She “appealed to the media to not fall for what she described as a Mubarak regime plot to make the protests in Egypt seem like dangerous anarchy,” according to the New York Times’ blog The Lede. “I urge you to use the words ‘revolt’ and ‘uprising’ and ‘revolution’ and not ‘chaos’ and not ‘unrest," she said. "We are talking about a historic moment.” The narrative was reset. Soon thereafter, CNN changed its on-screen headlines from “CHAOS IN EGYPT” to “UPRISING IN EGYPT.”

Washington presumably found itself between a rock and a hard place last week. The U.S. prefers to fall on the side of freedom and self-determination whenever possible. But Egypt is one of this country’s closest allies in the Middle East. And there certainly must be concern about a domino effect leading to even more instability in the region, should Egyptian president Hosni Mubarak fall. When faced with those kinds of tensions in the past, Washington has not infrequently found it more convenient to spin the narrative in favor of the authority in power, in the interest of maintaining stability--and an ally.

But that wasn’t possible this time. Too much information was escaping the country. Through the media, in part. But also on YouTube. And particularly via Twitter. An seemingly endless flood of details flowed out, skewing, rightly or wrongly, in favor of the protesters, giving the impression that a genuine uprising was taking place. With that deluge, Washington lost any ability to downplay events on the ground and maintain a distanced posture. It began subtly shifting its stance.

As a result, we witnessed a subtle, but incontrovertible, shifting of the U.S. position as the days wore on. Officials began speaking of a “transition.” They declined to articulate explicit support for Mubarak. Defense Secretary Robert Gates put out a call to his counterpart in Israel, presumably to reassure the country, which was getting skittish about the prospect of chaos on its borders should Mubarak fall. President Obama placed calls to other leaders in the region, presumably to offer similar reassurances. By last night, as the New York Times put it in a piece posted that evening, “Secretary of State Hillary Rodham Clinton… [stopped] short of telling its embattled president, Hosni Mubarak, to step down but clearly laying the groundwork for his departure.”

Did social media make all this happen? No, of course not. Did it bring everything to a head much sooner than it would have, had Twitter, Facebook, and YouTube not existed? Absolutely.

E.B. Boyd (@ebboyd) is a writer based in San Francisco who's written about everything from Silicon Valley pioneers to troops in Iraq and Afghanistan. Most recently, she covered technology for FastCompany.com. Her work has appeared in Fast Company, San Francisco, Elle, Utne Reader, Ode, Reuters, the San Francisco Chronicle, BusinessWeek.com, and Columbia Journalism Review. She's reported from the Middle East, China, the Dominican Republic, and Haiti.

What Successful People Do During Lunch
Fast Company

FROM THE WEB
If You Have Gmail... You Must Have This
The Next Web

What Successful People Do During Lunch
Fast Company

FROM THE WEB
If You Have Gmail... You Must Have This
The Next Web
[?] 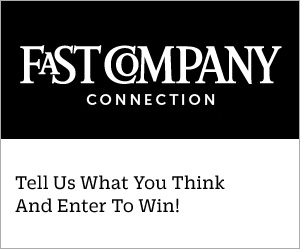