Receive an email from Medscape whenever new articles on this topic are available.

Thank you for subscribing to Topic Alert.

has been added to your Topic Alert list. You will receive an email when new content is available from Medscape on your selected topics.

If you subscribed to this topic in error or wish to manage your Topic Alert list click here.

A feasibility study of more than 500 students in the United Kingdom showed that those who participated in the universal Mindfulness in Schools Program (MiSP) had significantly fewer depressive symptoms after 9 weeks of treatment and 3 months later than their peers who did not participate.

Those who received the intervention also had significantly better well-being and stress scores at the 3-month follow-up.

"Our findings provide promising evidence of the effectiveness of MiSP's curriculum," said lead author Willem Kuyken, DClinPsy, PhD, professor of clinical psychology at the University of Exeter, UK, in a release.

He noted that the decrease in depressive symptom scores was an especially important finding "given that low-grade depressive symptoms can impair a child's performance at school, and are also a risk factor for developing adolescent and adult depression."

"These findings are likely to be of great interest to our overstretched schools who are trying to find simple, cost effective, and engaging ways to promote the resilience of their students," added coinvestigator Katherine Weare, visiting professor in the Mood Disorders Center at the University of Exeter, in the same release.

The program is currently being offered in schools in the UK, Asia, Australia, Europe, and North America.

The study was published online June 20 in the British Journal of Psychiatry.

The investigators note that although past studies have found that mindfulness-based approaches are effective for adults, the evidence for youth is just at the beginning stages — and very few controlled trials of this intervention in young people have been undertaken.

"By teaching mindfulness as a way of working with everyday stressors and experiences, participants across the full range of the normal distribution of well-being can potentially benefit," write the researchers.

They note that making this a universal intervention minimizes inequalities in accessing it while also reducing stigma and social comparisons.

"Our mindfulness curriculum aims to engage even the most cynical of adolescent audience with the basics of mindfulness. We use striking visuals, film clips, and activities to bring it to life without losing the expertise and integrity of classic mindfulness teaching," explained coinvestigator Richard Burnett, who is also cofounder and director of the nonprofit Mindfulness in Schools Project.

All students were evaluated at baseline (January 2012), at the end of the 9-week programs, and at a 3-month follow-up. The researchers report that the follow-up point coincided with the students' summer exam period, a time known for potentially high stress.

Results showed that, compared with the control group, the MiSP group had significantly fewer depressive symptoms on the CES-D at the end of treatment (P = .004) and at the 3-month follow-up (P = .005).

This group also reported lower stress and greater well-being during the follow-up evaluation (P = .05 for both).

The degree to which these students practiced the mindfulness skills was also important.

The teachers rated their confidence in teaching the program as 8.7 on the Likert scale and rated their enjoyment of teaching it as 8.6.

"This study demonstrates that mindfulness shows great promise in promoting well-being and reducing problems — which is in line with our knowledge of how helpful well-designed and implemented social and emotional learning can be," said Professor Weare.

She added that the next step "is to carry out a randomized controlled trial into the MiSP curriculum" involving more schools, more pupils, and longer follow-up periods.

"The findings also support the argument that mindfulness training can enhance the psychological well-being of all pupils, not just those who have symptoms associated with common mental health problems," said coinvestigator Felicia Huppert, professor of psychology in the Department of Psychiatry at the University of Cambridge, UK.

"Psychological well-being has been linked to better learning, social relationships, and academic performance. So the enhancement of well-being is likely to improve a range of outcomes in the school context," she added.

More information about the MiSP is available on the Mindfulness in Schools Project's Web site.

The study was funded by the University of Exeter and the National Institutes of Health Research Peninsula Collaboration for Leadership in Applied Health Research and Care. In addition to Burnett being the director and cofounder of the Mindful in Schools Project, one other study author reports also being a cofounder. The other study authors have reported no relevant financial relationships.

How ca I help my 9 year old grand daughter. She has a sign of depression due to a broken family and mother abuse

More solid evidence to support introspection about values, attitudes and behaviour, starting at an early age. 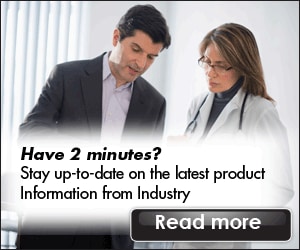 is a freelance writer for Medscape.

All material on this website is protected by copyright, Copyright © 1994-2013 by WebMD LLC. This website also contains material copyrighted by 3rd parties. 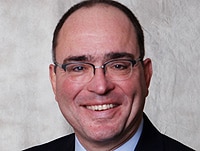 AAFP President: How the ACA is Affecting Primary Care