Tips, tricks, and downloads for getting things done.

Fix Your Slow-Waking MacBook with One Terminal Command

Change Your Ringtone to Get Over a Breakup Faster

Seven Things I Wish I Knew Before Getting My First Apartment

Poweradd Apollo Solar Battery Recharges Your Phone on the Cheap

Find Out Which Modems Are Compatible With Your Cable Company

Do You Prefer Laser or Inkjet Printers?

Get Pet Hair Out of Your Bed Fast with a Squeegee

Sheath Multi-Use Scissors Protect Your Hand from the Blade

LighterBro Turns Your Bic Lighter into a Multitool

You Can (Probably) Root Your Roku, but You Can't Do Much Yet

Put Some Lego People on Your Desktop With These Wallpapers

Delete Your Way to Productivity

Your WeMo Home Automation Device May Have a Risky Vulnerability 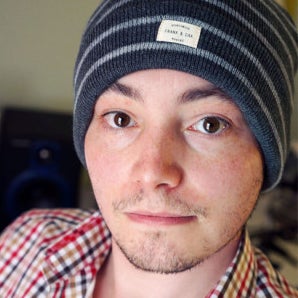 Apple's new MacBook Pros and Airs (released in the last couple of years) have a featured called standby that puts your laptop into power-saving mode. While great for battery life, it's not so great for quickly waking up your machine. Fortunately, developer Erv Walter has a super quick command line fix.P

Normally, standby goes into effect after a few hours (my MacBook is set to three). Erv changed this to 24 hours by entering the following into the terminal:P

If you implement this change and want to go back to the defaults, just enter the same command and change 86400 to 10800. Pretty simple!P

Is there any way to fix a slow login?

I press the power button, 3 seconds later it's at the login screen. I login, and then I have to wait another 90 to 120 seconds for it to login. Is this normal for Macs? Yesterday 3:08pm

no, that's not normal at all unless your machine is 10 years old Yesterday 3:14pm

It's like 6 months old. Possible some domain logon stuff is slowing it down? The weird thing is, it happens at home too (obviously when the corporate WiFi is not available). What could be slowing down the login? Yesterday 3:16pm

Is there a way to fix the heavy limitations of using an apple operating system built into it by apple for no other reason than they don't want you to do that other than installing a different operating system entirely? Also is there a way to upgrade an Apple computer outside of the generic memory and hard drives they have inside of it but charge you for them like they are gold (no seriously they use the equivalent of Maxtor hard drives and the memory is so generic it doesn't even have a brand on it.) without either paying an arm and a leg through the nose or having to dump the same amount of money as the upgrade costs on a new computer? Yesterday 11:34pm

Compared to the wake-up time of the Windows PC that I have at work, my personal MacBook Air is a dream. Even if it has been asleep for a week it wakes up in a few seconds... Today 1:48am

There is a very simple fix for slow boot times.

Its called an SSD. Yesterday 4:21pm

Simple, maybe, but expensive. Not everyone has spare cash to burn, and SSDs are still very expensive per gigabyte. Today 12:46am

For the effect they have they are the cheapest upgrade ever. Today 1:52am

Submitted discussions can be approved by the author or users followed by this blog.