Bloomberg and Reuters: The Future of News

They're rich, they're global, and they're snapping up A-list journalists—and maybe newspapers, even 'The New York Times' By Lucia Moses
Advertisement 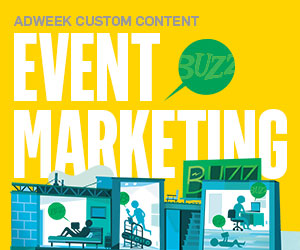 Powerhouses that Bloomberg and Reuters are, their path to dominating the news business hasn’t always been smooth. With Bloomberg Government, a $5,700-per-year service for lobbyists, government agencies and corporations seeking government contracts, and one of the company’s most ambitious new ventures, Bloomberg took an unconventional approach by pairing journalists with policy analysts to produce news stories and white papers. It has since separated the two staffs and relocated the analysts to their own quarters. While a Bloomberg rep says the change stemmed from a recognition that the two groups have different work styles, insiders reveal there was outright tension between the camps from the get-go. “Journalists despise the analysts,” says one Bloomberg staff member. “Reporters felt they had to correct a lot of stuff the analysts got wrong.”

Reuters has its own challenges. The 2008 merger was supposed to create a news and information behemoth that would give it an edge in the highly competitive professional data market. But the merged company’s first subscription product, Eikon, was considered a disappointment. In December, with Reuters losing share to Bloomberg, Thomas Glocer, the CEO and a Reuters legacy, was replaced with longtime Thomson executive Jim Smith, which led to speculation that the new boss might tap the breaks on editorial hiring.

For both Bloomberg and Reuters, perhaps the overarching question is whether they can serve the general public as well as they do their professional clients. “[Bloomberg’s] mantra is data, and get it first. How do they do that and at the same time move into the analytic and consumer journalism that distinguishes The Wall Street Journal?” asks Ken Doctor, a media analyst with Outsell.

That each may be looking to buy a leading newspaper isn’t a surprise, as neither company has the consumer scale to attract the advertising that would diversify its revenue base. Peter Gardiner, partner and chief media officer at Deutsch, says that with Businessweek, Bloomberg has “done a great job of taking an incredibly boring product and making it more Bloomberg-y,” while Bloomberg Markets, the monthly magazine distributed primarily to terminal subscribers, is a “hidden jewel.” At the same time, Bloomberg TV has a problem in that it is “not as distributed and easy to find as CNBC,” Gardiner adds.

As for Reuters, it still must figure out how to combine its legacy businesses and differentiate its news product. Like Bloomberg, it hasn’t easily grown its consumer footprint. Reuters’ original YouTube channel has been slow to take off versus the products of other established media, achieving 7,383 subscribers and 893,759 views since its Jan. 17 launch.

“It’s complicated, because you’re serving multiple customer groups,” Adler concedes. “The areas we need to work on most are enterprise and commentary—the thoughtful, insightful piece that explains where everything is heading. But this, right now, is an extremely viable model.” (In a dig at Bloomberg, Adler notes that Reuters’ $300 million in non-subscriber revenue, while small, happens to be “much larger than Businessweek.”)

Bloomberg’s mission to become the most influential news organization is evidenced by the extreme confidence of its top brass. “Every year, we get to be more indispensible,” says Winkler. “Whether we are the sole provider of news to a community … I think that remains to be seen. But every year, we get deeper and broader.” 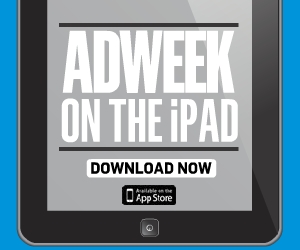