President Gets Take Out From Chinatown

The president is in town for less than 24 hours. US President Barack Obama carries out lunch during a surprise visit to Great Eastern Restaurant for dim sum in San Francisco's Chinatown on February 16, 2012. 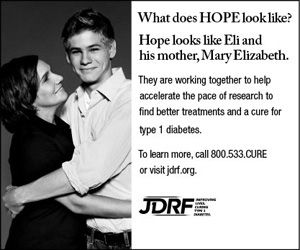 For the first time in a long time, President Barack Obama went off script during a trip to San Francisco.

According to the POOL reporter who is traveling with the presidential motorcade, the Commander-in-Chief made a surprise stop in Chinatown for some take out.

The President of the United States pulled up at Great Eastern restaurant at 1:22 p.m. He entered with no jacket and his sleeves rolled up.

The mostly Chinese crowd inside immediately started chanting, "Obama, Obama." Many of them left their plates and rushed to shake his hand.

"How are you? Good to see you!" Obama was heard saying repeatedly. The President worked the room shaking hands and taking photos for several minutes before paying for his two bags of take out with cash. The order was a sampling of dim sum, according to an aid to Mr. Obama.

The President also talked to people who had gathered outside the restaurant for a few minutes before jumping back in the limo with a dim sum in hand.

The motorcade also drove along San Francisco Bay where it was met with big crowds waving and snapping photos.

The lunch stop was not on his official agenda. Mr. Obama is here on a fundraising trip that includes several official stops.

One is a private reception at the Mark Hopkins Intercontinental Hotel on Nob Hill. He also has dinner plans at a home in Pacific Heights. He finishes his night with a speech at the Nob Hill  Masonic Center.

The President is scheduled to spend the night in the City and leave for Washington state Friday morning.

Bay Area Proud is NBC Bay Area's community outreach and volunteering initiative. We hope you'll join us at our events, where our on-air talent often roll up their sleeves and help out on projects.
Read more
Follow Us
Sign up to receive news and updates that matter to you.
Send Us Your Story Tips
Check Out